The Story of Redemption - Day 19 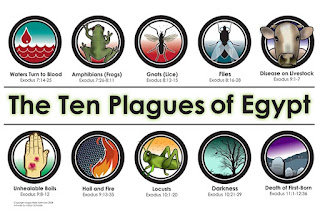 Exodus 7-9
God is our hope.
First Plague: Nile River Turned to Blood
Aaron touched the Nile with his staff. The water immediately turned to blood. All the fish died, and the water began to stink. The Egyptians were deprived of water and fish that were a major part of their diet. Pharaoh's heart became hardened.

Aaron stretched out his staff over Egypt and frogs came up from the river and covered the entire land. They got in people's food, in clothing, etc. No one in Egypt escaped the frogs. Pharaoh agreed to let the people go if the frogs were taken away, but later “he hardened his heart” (Exodus 8:8–15).

Aaron stretched out his rod and touched the ground. Then the dust became lice throughout all the land on people and animals. Pharaoh's heart was hardened.

Only the Egyptians were affected by the flies. This was the first plague that involved destruction as well as discomfort. Pharaoh gave the Hebrews permission to leave, but he told them they couldn't go very far. Pharaoh changed his mind and did not let them go at all.

The Egyptians were given a chance to repent, but they didn't. Disease attacked the cattle and livestock and they died.  The death of cattle and livestock had severe consequences, causing an economic disaster that affected the food supply, transportation, military supplies, farming, and everything else. Pharaoh's heart remained hard.

Moses threw dust into the air. The dust caused painful boils and sores all over everyone, including Pharaoh. Even his personal physician could not cure him. God hardened Pharaoh's heart this time.

Large hail fell from the sky and turned to fire when it hit the ground. Some of the Egyptians' food supply was destroyed. The hail was so big and heavy that it struck down all the crops in the fields and shattered every tree.

The Story of Redemption, Volume 1 | Genesis - 2 Samuel by The Daily Grace Co.

This list was based on "Ten Plagues of Egypt: Things You Might Not Know" by Margaret Minnicks; November 2, 2020. HTTPS://BIT.LY/3AEBSKF 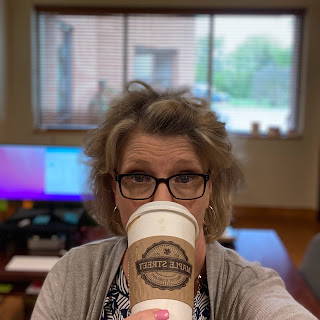